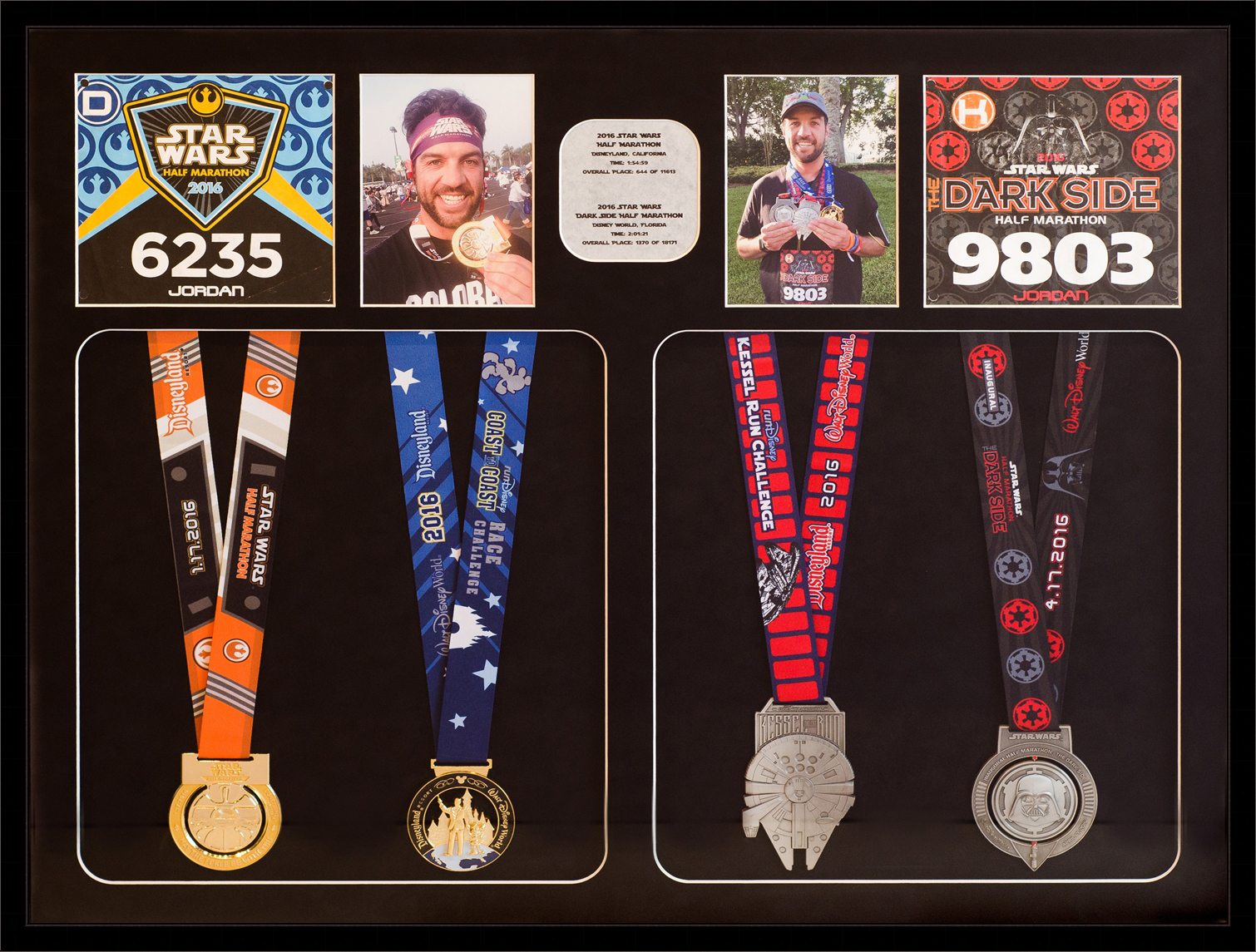 Deb brought in these medals and bibs as a gift for her step-son, Jordan, a lifelong Star Wars fan.  We hear even his bedroom is decorated with Star Wars!  He knew she planned to have them framed but, because we’ve done work for both of them, left himself out of the design process.  In addition to the bibs and medals, he provided photos he wanted included as well as his times and placing.

The marathon medals are some of the coolest we’ve ever seen, so to make them stand out we opted for black suede mats and a simple black frame.  The photos were printed to be a similar size of the bibs.  The medal straps were sewn into the back mat and the medals themselves were secured with silicone and additional stitching.  They were two races but, Jordan requested one large piece.  One race was in Disneyland, the other in Disney World, so we opted to separate them inside the frame with two mat openings.  Finally, we added the locations, race times and placing in the middle to tie the two sides together.

This was a really fun project and we hope Jordan will be able to relive his experience every time he looks at his shadow box!

Where have you been?